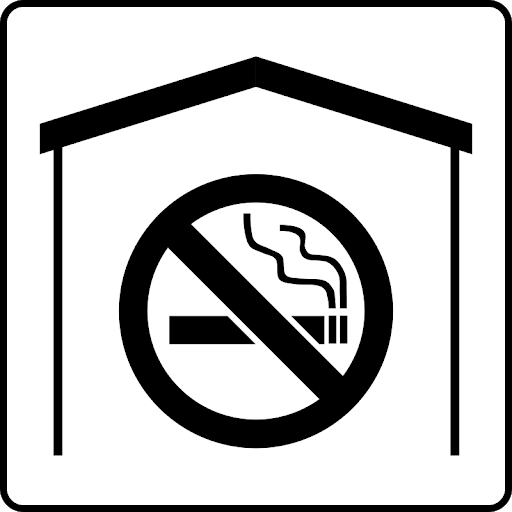 Though many odors can plague a house, one ruins sales more than others.

There are all kinds of smells that can wreak havoc on a house. Cooking spices and pets can both create pungent odors that are hard to get rid of, but cigarette smoke is by far the most problematic smell that we encounter in the real estate business.

Smoking in your house is a big no-no. Quitting is hard, and I’m not going to talk all about the ramifications of smoking—everyone knows the facts by now. Instead, I’m here to relay the harsh truth that smoking inside your house devalues your property immensely.

In the video above, I’m standing in a garage where the homeowner smoked heavily. Sure, the smell eked into the house a little, but for the most part it was isolated to this one area. To maximize the home sale, I knew purifying the air of the garage would be important.

A few years ago, I started searching for a solution to getting rid of powerful smells. I started with a simple question: How do hotels deal with smells? As it turns out, they use something that’s called an ozone machine (1:55 in the video above). We used the ozone machine in this homeowner’s garage, and it smells infinitely better than it did. Though there are much bigger units available, the one I’m showcasing maxes out at about 1,500 square feet.

Smoking inside your house devalues your property immensely.

It does a phenomenal job at removing smells, but it needs to be left in an unoccupied room for days. For example, you can’t put in your teenager’s room while they’re constantly going in and out of it because it’ll negatively affect their mucous membranes and make them very sick.

For a cheaper alternative, you could head over to Home Depot or Lowe’s and pick up a can of smoke odor eliminator (2:50 in the video above), which is good for small applications. However, if you need to oust an odor from an entire house or even just a room, your best bet is to use a commercial-grade machine or hire a company to do the job for you (this can cost anywhere from $1,500 to $3,000).

As always, reach out to me via phone or email if you need help buying or selling or have questions about anything related to real estate. Remember: There’s no such thing as a dumb question, but it is defintiely dumb to smoke in your house!